That lil ole band from Texas are a comin’ to Englewood, CO! ZZ Top playing at Fiddlers Green Amphitheatre on Tuesday, August 24th 2021. Rock and Roll Hall of Famers, Official Heroes for the State of Texas, Hollywood Rockwalk Stars, these guys have done it all, over a career of more than five decades, ZZ Top have come to define what it is to be Rock Royalty, get yourself some tickets right here for an unforgettable night of legendary southern-rock and a gig like absolutely none other! 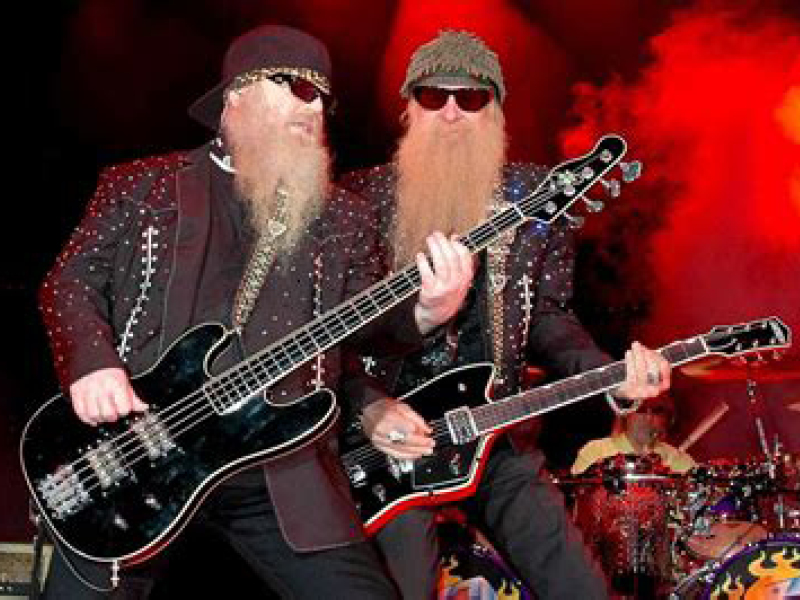 Formed in 1969 in Houston, Texas, ZZ Top are singer and guitarist Billy Gibbons, singer and bass player Dusty Hill, and drummer Frank Beard. They gained popularity with their unique live performances and the identical physical appearances of Gibbons and Hill, the band's style has evolved from traditional blues to more southern-rock throughout their career, with the signature sound based on Gibbons' blues guitar style and the rhythm section of Hill and Beard.
ZZ Top have 15 studio albums and have also achieved several chart and album sales feats, including six number-one singles on the Mainstream Rock chart. From the RIAA, ZZ Top has earned four gold, three platinum and two multiple-platinum album certifications, and one diamond album. They were Inducted into the Rock and Roll Hall of Fame in 2004, named Official Heroes for the State of Texas in 1991 with the date May 4, 1991, being the official ZZ Top Day. They have multiple VMA awards from the 1980s, topping the categories of Best Group Video, Best Direction, and Best Art Direction for "Legs", "Sharp Dressed Man" and "Rough Boy", respectively. In November 2020, the documentary, That Little Ol' Band from Texas, was nominated for a Grammy Award for Best Music Film