Behold, legends are coming, and they mean business! Monumental bands Lynyrd Skynyrd and ZZ Top are traversing North America this summer for the Sharp Dressed Simple Man Tour, and classic rock fans better get ready! The massive tour will cover 23 major cities, including a coveted performance in Denver, Colorado! On Monday, 7th August 2023, the Fiddlers Green Amphitheatre will host the Sharp Dressed Simple Man tour. If you’re a fan of classic rock music, you should hurry and grab your tickets now to see these Rock and Roll Hall of Famers light up Denver with their biggest hits! 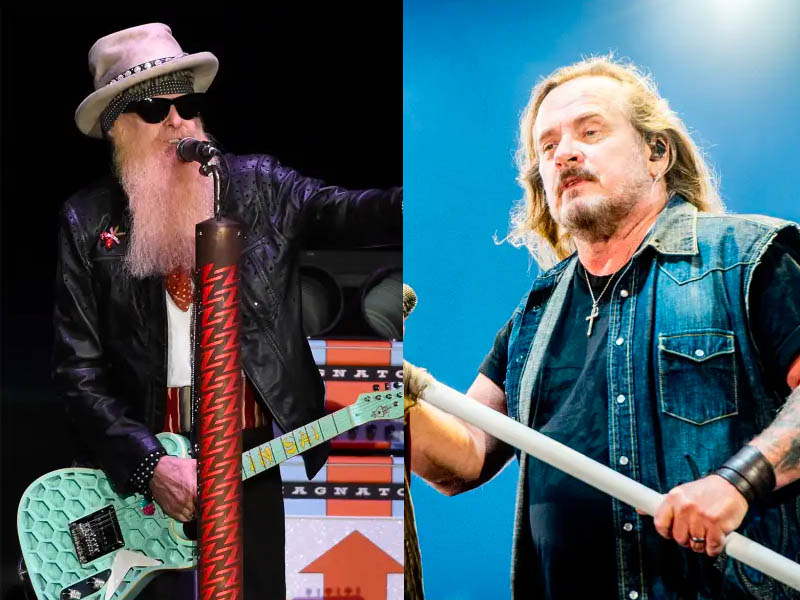 The Sharp Dressed Simple Man tour is not just a co-headlining series of events. The much-awaited tour will also celebrate the 50th Anniversary of Lynyrd Skynyrd’s debut album, Pronounced ‘Lĕh-‘nérd ‘Skin-‘nérd. The album, released in 1973, became a great turning point for the band from Jacksonville, Florida, thanks partly to the success of its two singles, “Gimme Three Steps” and “Free Bird.” Pronounced ‘Lĕh-‘nérd ‘Skin-‘nérd entered the U.S. charts, peaking at number 27 on the Billboard 200. The band’s eventual success led to a double-platinum status for the 1973 effort. After the band’s phenomenal debut, they continued to perform well on the charts with their subsequent releases. Their sophomore effort, Second Helping, released one year after their debut album, peaked at number 12 on the U.S. charts. The 1974 album spawned the band’s signature hit, “Sweet Home Alabama,” which earned gold in the U.S. The song peaked at number 8 on the Billboard Hot 100 and became the band’s highest-charting single.

Speaking of signature songs, the iconic outlaw band from Houston, ZZ Top, came out with “La Grange” in 1093. The music exploded in popularity and skyrocketed ZZ Top’s career. The single, which peaked at number 41 on the Billboard Hot 100, was spawned by the band’s third album Tres Hombres. The 1973 effort performed impressively on the charts, peaking at number 8 on the Billboard 200. During the ‘80s, ZZ Top’s music evolved with the times. This shift was evident in the 1983 album, Eliminator. The highly-acclaimed release dropped several hits, including “Gimme All Your Lovin” and “Sharp Dressed Man.” Eliminator continued to sell over ten million copies in the U.S. Ultimately, ZZ Top’s five-decade career has produced 15 excellent studio albums and sold more than 50 million copies worldwide.

In the mid-2000s, Lynyrd Skynyrd and ZZ Top were inducted into the Rock and Roll Hall of Fame, commemorating and highlighting the bands’ legacy in the music industry. Catch these legends at the Fiddlers Green Amphitheatre on Monday, 7th August 2023! Tickets are now available!