It is not enough to rave over the fact that Jeff Beck is one of Rolling Stone's "100 Greatest Guitarists of All Time" , and exalted as "one of the most influential lead guitarists in rock”; and is often dubbed as a "guitarist's guitarist". Likewise, it would not suffice for Buddy Guy’s status as 30th in Rolling Stone magazine's 100 Greatest Guitarists of All Time, be a mere entry in music history. These musicians deserve to be seen, heard, and experienced by audiences of this generation. Now this is your chance to witness JEFF BECK AND BUDDY GUY live in one stage. This is a golden opportunity that any guitar music fan cannot afford to let go. Take it, take it; get your tickets now! 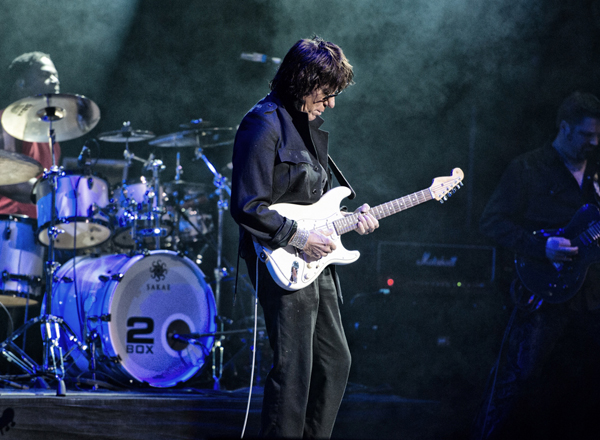 The Yardbirds. The Jeff Beck Group. Beck, Bogert & Appice. These guitar bands have one common thread that has shaped their tapestry-like sounds: Jeff Beck. His innovative and masterful skills on the guitar, playing blues rock, hard rock, jazz fusion are influential to the sound and guitar playing styles of aspiring and iconic guitarists that came after him. The ‘guitarist’s guitarist’, as how Eric Clapton addresses him — he has bagged almost every prestigious award or accolade in guitar playing. Rolling Stones Magazine listed him on the number five spot among the "100 Greatest Guitarists of All Time”. The Grammys awarded him six times with a Grammy Award for Best Rock Instrumental Performance , plus one award for Best Pop Instrumental Performance. He is also a recipient of British Academy's Ivor Novello Award for Outstanding Contribution to British Music; and an inductee and member of the Rock and Roll Hall of Fame. With all these, Beck is still actively touring. For his current tour, he sought a little help from his friend Buddy Guy, a fellow guitar god. “Sharing the stage and this moment with Buddy is a dream for me," Beck said in a press release. ”His concerts are legendary, and the music world would be a very boring place without his influence.”