Some bands are just summer personified and sibling indie-pop trio AJR is one of those bands! The indie-pop sibling trio comes to Fiddlers Green Amphitheatre on Friday 10th June 2022 as part of their OK Orchestra Tour, celebrating the release of their fourth studio album, which launched the hits "Bummerland", "Way Less Sad", and, of course, "Bang!" With their infectious energy and addicting tunes, AJR are a delight to see live – make sure you get in there quickly for tickets! 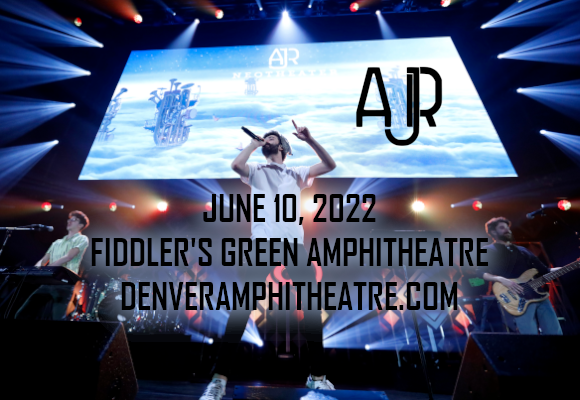 Although broadly categorized as "indie-pop", sibling trio AJR incorporates an eclectic array of genres into its music, including pop, doo-wop, electronic, and dubstep. Named after its members – brothers Adam, Jack, and Ryan Met – AJR began in 2005 when the three of them decided to begin writing, performing, recording, and producing their own music in the living room of their apartment in Manhattan. Several years of busking cover songs followed for the brothers, until one day in 2015 when the video for their song "I'm Ready" was picked up by Australian singer-songwriter Sia after they sent it to her on Twitter. A record deal with S-Curve Records followed and in 2015 they released the first of four studio albums. Of their releases, to date AJR has two multi-platinum singles, four platinum singles, and one platinum album. They've also worked with several notable musicians, including Ingrid Michaelson, Weezer’s Rivers Cuomo, and Hayley Kiyoko. The band's latest release is 2021's OK Orchestra.