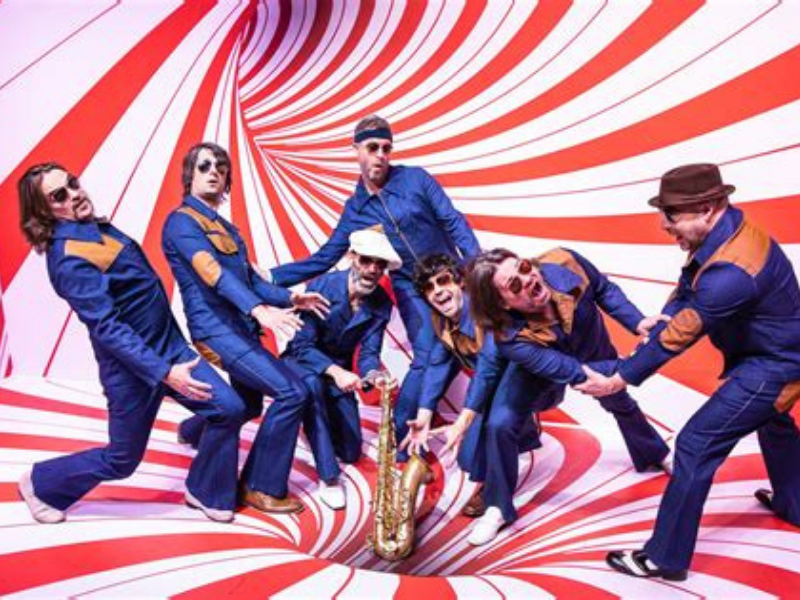 Nick Niespodziani, Peter Olson, Mark Cobb, Greg Lee, Mark Bencuya, Mark Dannells, and David Freeman formed Yacht Rock Revue in Atlanta, Georgia, 2007 as a tribute band to the cheesy, soft rock hits of the Yacht Rock genre. Commercially successful between the mid-1970’s to the mid-1980’s, Yacht Rock was a broad style that included traits from genres such as jazz, R&B, soul and disco, with clean vocals, top-quality production and light, catchy melodies. Yacht Rock Revue wanted to party like it was still 1979, so bought the party to audiences, touring around America and playing more than a 100 shows a year. Yacht Rock Revue’s bouncy attitude, tight band community and epic playing filled a need with many people – a timely reminder that there is still joy and fun in life in any point and at any age. What started off as a side project for the band members has now become their main focus, their success requiring more attention… and more partying! In February 2020 their first album of original material was released, the title ‘Hot Dads in Tight Jeans’ showing their humour and that we can all be what or who we want to be despite what the world assumes. So, book your tickets for 08/05 at the Fiddlers Green Amphitheatre with Yacht Rock Revue.