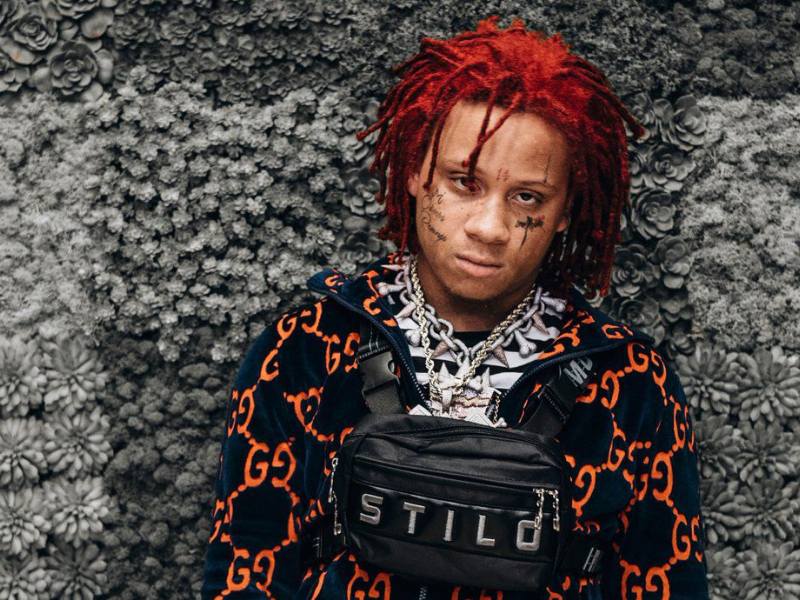 Book your tickets now for Tuesday 28th September 2021 for a night with American rapper, singer and song writer Trippie Red at the Fiddler's Green Amphitheatre. Avoid disappointment and do not miss out.

Born in Ohio in 1999 and named Michael Lamar White IV, Tripped Redd, which later became his professional name, emerged into the rap music world with a series of online projects, such as My Inner Beast, Beast Mode and Rock the World Trippie. He recorded and released 2 mixtapes in 2016, Beast Mode and Awakening my Inner Beast. But, his reputation gained momentum with his two more involved mix tapes, A Love Letter to You and A Love Letter to You 2, which were both released in 2017.

His debut studio album, Life's a Trip was released in 2018 and reached the top five of the Billboard 200, with singles such as, Taking a Walk, also making an impact. Trippie released his 5th studio album earlier this year, Trip at Knight, and serves as a sequel to his 2018 album, Life's A Trip.

So, be ready for a night of hip-hop, R&B, alternative rock and pop, that when put together creates Trippie Redd's style, and book your tickets for 28th September 2021 at teh Fiddlers Green Amphitheatre.