Slayer fans, listen up, because this is your LAST chance to catch the legendary pioneers of thrash in person! That’s right, this is Slayer’s FINAL tour – and it’s going to be a MASSIVE one!! Joined on the road by Lamb of God and Anthrax, these giants of heavy metal are on their way to the Fiddler’s Green Amphitheatre on Saturday 18th August 2018!!! It’s a truly unmissable event for any heavy metal fan – and your very last chance to witness one of the genre’s greatest live! 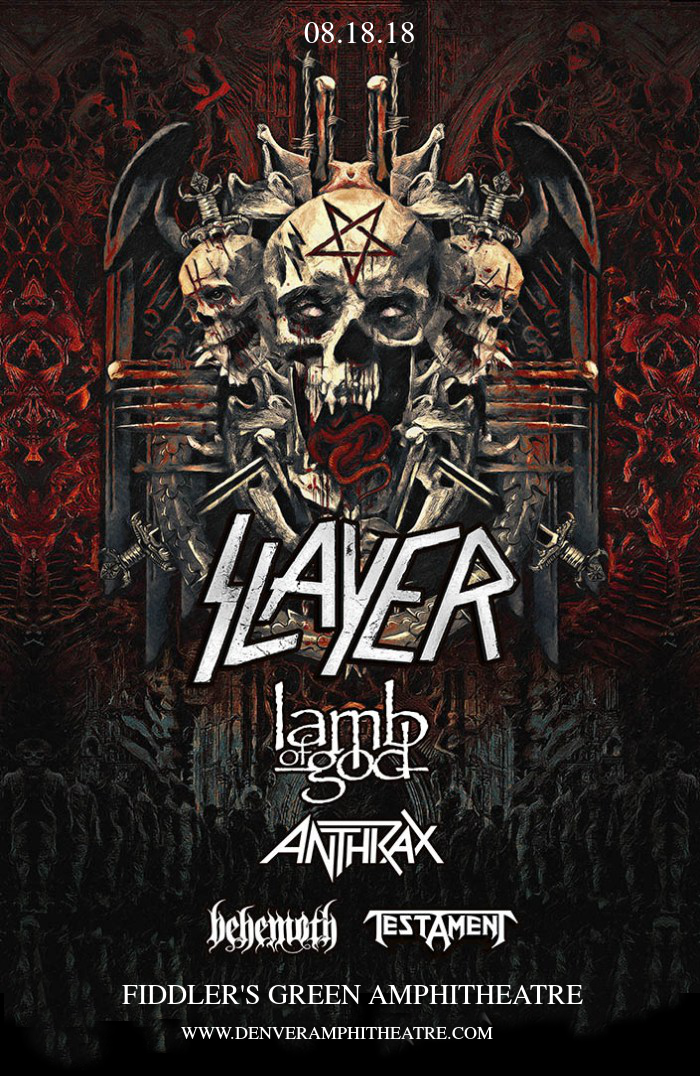 Slayer’s most recent album, “Repentless,” was released just two years ago, but the news of the band’s imminent departure is accompanied by the surprise news of a potential new album in the works. "We've got lots of leftover material from the last album, 'cause we wrote so much stuff, and we recorded a bunch of it too,” guitarist Kerry King stated. “If the lyrics don't change the song musically, those songs are done. So we are way ahead of the ballgame without even doing anything for the next record. And I've been working on stuff on my downtime…So wheels are still turning.”

What are you waiting for?? Grab those tickets while you can!!