Expect louder music, heavier beats and wilder crowds converging when shock rock meets Nu-Metal. Rob Zombie, Korn & In This Moment are cranking up the volume in their double-headliner tour covering various cities and states in the country. Get the opportunity to catch this massive explosion as two of rocks greatest heavy weights give you an epic showdown that will definitely go down the annals of rock history. Their most hardcore fans are not gonna take this sitting down. The colossal chase for tickets is happening now, don't be left behind! 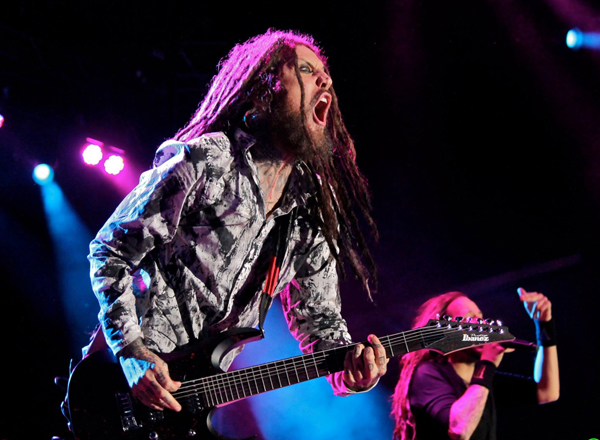 Korn is one of the pioneering and most explosive rock acts to burst out of the 90s metal, hence the 'nu metal' brand is synonymous to their name.
Composed of band members Jonathan Davis, Brian "Head" Welch, James "Munky" Shaffer, Reginald "Fieldy" Arvizu, and Ray Luzier, Korn emerged from the heavy metal scene with an entirely new genre –nu metal. From their 11 studio album releases, they spawned these hit singles: "Got the Life," "Freak on a Leash," "Falling Away from Me," "Here to Stay," "Thoughtless," "Right Now," "Twisted Transistor," "Coming Undone," "Another Brick in the Wall," "Freak on a Leash," "Get Up," and "Never Never."

As founding member of the heavy metal band White Zombie, Robert Bartleh Cummings resurfaced as a solo act with the moniker White Zombie, whose resume include the credentials of being a musician, film director, screenwriter and film producer. While releasing album recordings, he also directed horror-themed films. Hence, his music and live shows are noted for horror, sci-fi themes with shock rock value.