Country lovers pay attention, we have a truly unmissable event coming up at the Fiddlers Green Amphitheatre!! We present Lady Antebellum, Kelsea Ballerini & Brett Young on Tuesday 29th August 2017 and it's going to blow you away! These phenomenal country acts all on the same bill is almost too good to be true – get ready for a live show like you've never seen before!!! Tickets are on sale now – be quick about getting yours though, they won't last long!! 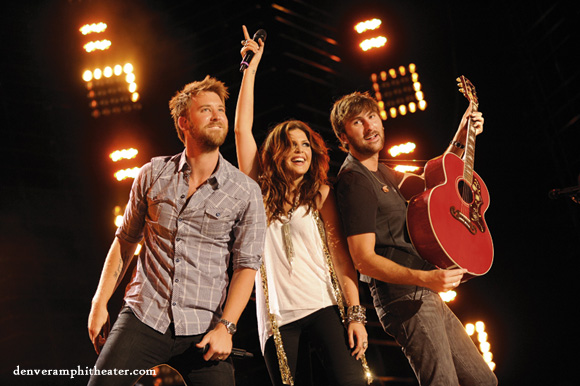 With their soul and pop-infused brand of upbeat country, Lady Antebellum have been delighting audiences since they first burst onto the scene in 2006.Just three years later, Lady Antebellum had their first number 1 hit with the single “I Run To You.” Their second hit, “Need You Now,” was an even bigger number 1 achievement, crossing over onto the Billboard Hot 100 and the Hot Adult Contemporary chartsas well as the Hot Country Songs chart. The trio saw massive popularity in addition to an overwhelmingly positive critical reception. The band have so far earned an incredible 9 American Country Awards, 8 Academy of Country Music Awards, and 7 Grammys.

Speaking with enthusiasm about their upcoming album, “Heart Break” vocalist Hillary Scott said; “It’s all about those personal growths everyone goes through, and it was liberating to get back in the studio with Charles and Dave to intertwine those feelings into the recording process. … I feel like we’ve reemerged stronger than ever.”