Country renegade Keith Urban is looking to steal your hearts on his 50 city ripCHORD tour:

“I’m always looking for new ways to play, perform, [and] make an emotional connection with the audience, which can be arrangements, song choice, visuals, production [or] where we actually perform,” Urban says. “There’s infinite things we can explore. I love touring for that reason.”

The tour is in support of his upcoming album of the same name and comes to Fiddlers Green Amphitheatre on Friday 22nd July! The show is being designed by sought-after production designer Roy Bennett, and with Brett Eldredge and Maren Morris as support as well, it's going to be spectacular! 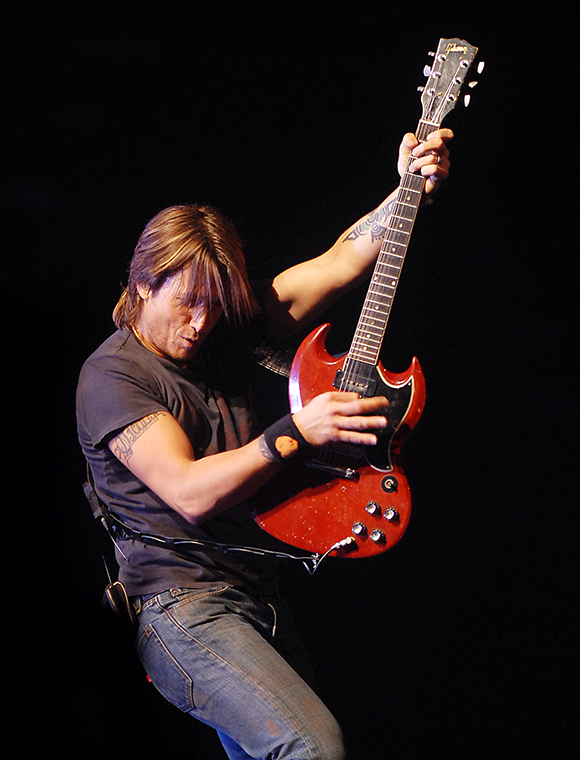 Keith Urban's career started with a debut album on EMI Australia in 1991, and he found success with country band The Ranch after relocating to Nashville, before deciding to pursue a solo career in America in the late 1990s. In 1999, he released his first eponymous US solo album, and two years later was named the CMA's "Top New Male Vocalist." In 2004, Urban hit the road to tour, and in 2005 was named CMA's "Entertainer of the Year". He won his first Grammy Award in 2006, and went on to receive three more Grammys. In 2012, the country singer was chosen as a new judge for season 12 of the popular singing-competition show American Idol, which premiered in 2013. To date, he has released a total of nine solo studio albums, charting 37 singles on the US Hot Country Songs, 18 of which went to number one.