Legendary rock giant Dave Matthews Band brings their 2022 tour to Fiddlers Green Amphitheater on Saturday 10th September 2022! Gear up as Dave Matthews and company bring their unique brand of rock to your city! This 2022 tour is in partnership with the Nature Conservancy, which aims to plant an additional 1 million trees in 2022. The band has helped plant 2 million trees during their previous tours. The band’s high-energy music, together with their charity work, make the show even more awesome and purposeful. Thus, this is your chance to see an incredible rock show and help plant 1 million trees! 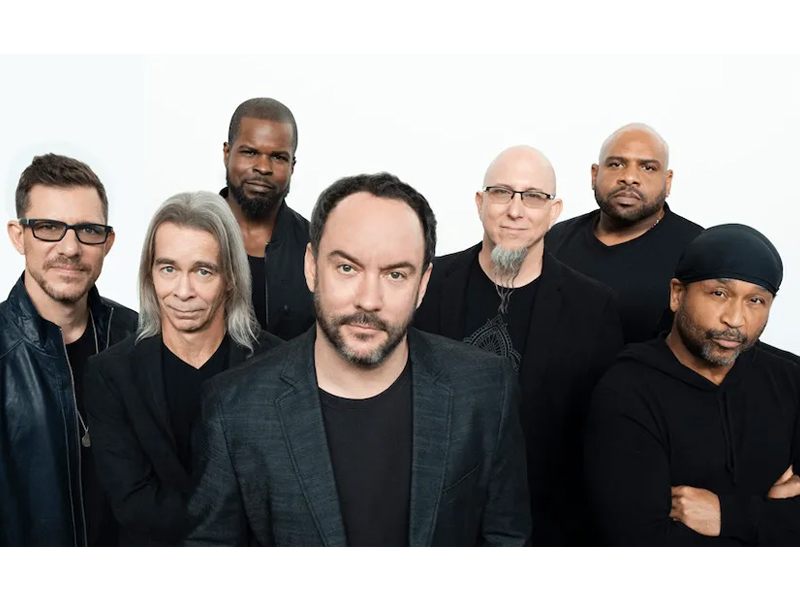 Dave Matthews Band is one of those groups that are not bound by any genre. Although the band is classified as rock, the group does not shy away from other sounds. Often infusing world, jazz, and blues to their brand of music.

The critically-acclaimed, award-winning band has taken rock music enthusiasts with their debut major-label album, Under the Table and Dreaming. The album, released in 1994, was certified platinum a whopping six times.

Their first hit from the album, “What Would You Say,” featured John Popper from an American rock band, Blues Traveler. The song would later gain a Grammy Award nomination under the Best Music Video Category. But it was not until 1996, upon the release of “So Much to Say,” that the band would earn their first Grammy Award for Best Rock Performance by a Duo or Group.

The band would continue to release albums that would consistently debut at number 1 on the US Billboard 200 chart. By 2018, Dave Matthews Band has sold over 25 million tickets, making them one of the best-selling touring artists in the US.

Fans can expect Dave Matthews Band to cover their hits from their nine-album strong catalog. Moreover, since the band has been known to make impromptu, concert-goers can expect their fave tracks to be performed differently on stage. This is all the more reason that fans should come on down to Fiddlers Green Amphitheatre on September 10!