Fans of rap and hip hop, are you ready for the unstoppable talent that is Bryson Tiller?? On tour with his latest album, “True To Self,” the young rapper is coming to give you the show of your life at the Fiddlers Green Amphitheatre on Wednesday 23rd August 2017! It's going to be an unmissable night – be sure to book your tickets in advance and get on down for a night you will never forget! 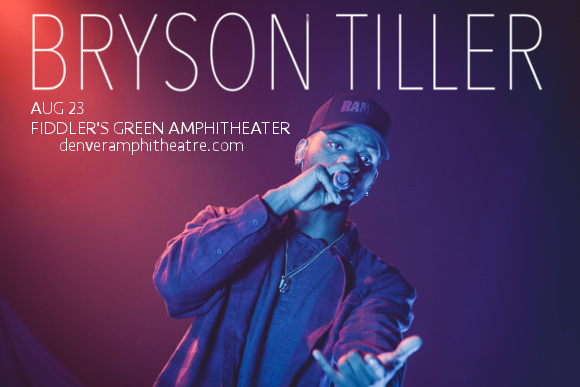 First gaining significant recognition for his debut single, “Don't", which peaked at number 13 on the Billboard Hot 100, and was remixed by various other artists, Bryson Tiller went on to release his debut album Trapsoul, in October 2015, and with it, hit the 8th spot on the Billboard 200!! His success after that knew no bounds – his second album, “True To Self,” produced by multiple artists including Nes, Boi-1da, Frank Dukes, Illmind, Hollywood Hot Sauce, Keyz, Soundz, T-Minus and Wondagurl, went straight to number one on the Billboard 200.

Bryson Tiller is now on tour with his latest album – get ready to experience all the brand new music live!! What are you waiting for?? Book your tickets to see Bryson Tiller NOW!!