Boston has withstood the test of time and space. They are marking their 40th anniversary with a tour that celebrates their iconic status as musicians who have conquered the world with the best-loved hits like "More Than a Feeling," "Peace of Mind," "Smokin'," and “Amanda”. Long-time fans and some millennial converts of Boston are palpitating with excitement for their much-talked-about tour that covers various cities and states in America. Their high-energy, mind-blowing, and out-of-this-world concert is a riveting experience that you cannot afford to miss. 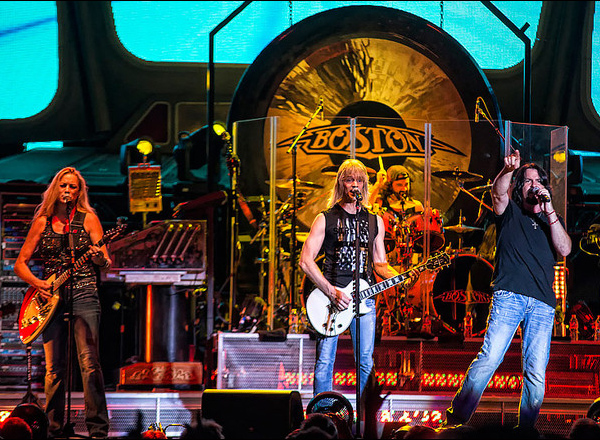 From Boston, Massachusetts to the world! Indeed, this American soft/progressive rock band has legions of fans spanning generations. All due to the fact that their songs simply refuse to die on the radio, and were given new lease in life by digital music streaming sites like YouTube, Spotify, and the like. They are a rock music fixture, but never rested on their laurels. Their active touring lifestyle has kept them visible and introduced them to a new and ever-growing audience.

With a slew of hit, classic rock staples like "More Than a Feeling", "Peace of Mind", "Foreplay/Long Time", "Rock and Roll Band", "Smokin'", "Don't Look Back", and "Amanda”, they have sold more than 75 million records worldwide. Their self-titled debut album alone was a runaway success with seventeen platinum certifications, making them truly one of the driving forces in rock music history.