Big Gig 2017 RETURNS with a line-up that will blow you away! Punk rock fans get ready as the one and only Blink 182 come to headline this unmissable event!! Also on the bill is Bleachers, Marian Hill, The Wind and The Wave, Dreamers & Sir Sly – catch all of this and plenty more at Fiddlers Green Amphitheatre on Saturday 12th August 2017!! Tickets on sale right NOW! 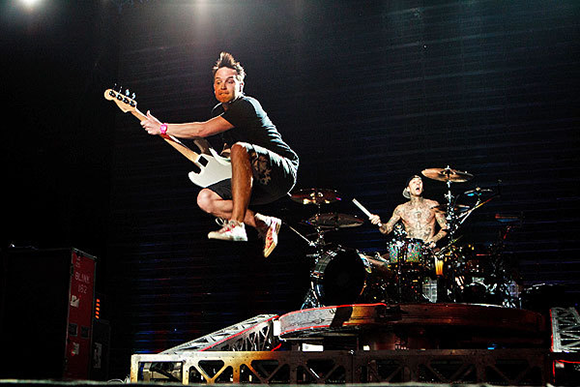 One of the most popular bands at the turn of the millennium Blink-182 is consists of the rock trio Tom DeLonge (guitarist and vocalist), Mark Hoppus (bassist and vocalist) and Travis Barker (drummer). Since their formation in 1992, they’ve already sold over 35 million albums globally. The band reached bigger prominence with the success of their 1999 album “Enema of State” which gained multi-platinum certification and peaked at no. 9 on the US Billboard 200. It includes the hit singles “What’s My Age Again?” and “Adam’s Song” which both became no. 2 on the US Modern Rock Tracks chart and “All the Small Things” which reached no. 6 on the Billboard Hot 100. Blink’s 6th studio album “Neighborhoods” was released in 2011 and debuted at no. 2 on the US Billboard 200. It went no. 1 on the US Alternative Albums chart and US Rock Albums chart. They have won numerous awards including MTV Europe Music Awards for Best New Act and Best Rock Act and Teen Choice Awards for Choice Rock Group, Best Rock Group and Choice Love Song for the song “I Miss You”.